“This generation is too sensitive! Everything offends them!” | Alexa Moody 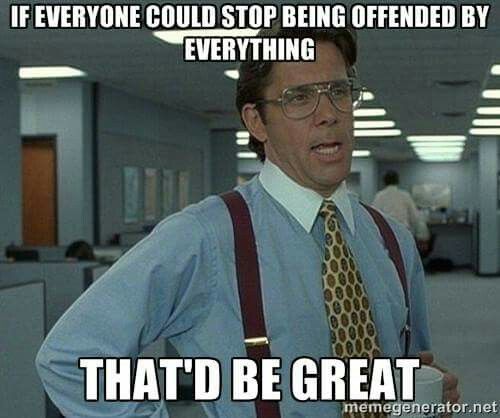 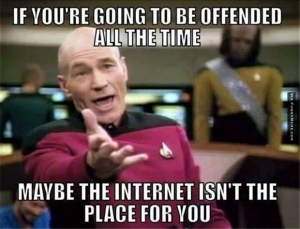 So, the above memes and the title quotes are posts that I see floating around various social media sites often. They tend to come from older adults, baby boomers and generation X, but I see them reposted by a lot of millennials and generation Z’ers (or the iGen) as well.

The gist is this: in the good ol’ days people could take a joke, but we can’t take a joke anymore and the status quo has been reduced to whiney tattletales who want everything their way.

I fundamentally reject this notion, and truthfully find myself getting righteously angered  – or, dare I say offended – at the idea that today’s generation is somehow less than any generation before it, like somehow our upbringing has caused most of us to be fundamentally incapable of handling difficult emotions.

In fact, I have a lot of respect for today’s youth and young adults. Perhaps I am biased because I myself am a millennial, or perhaps I have a unique perspective as one of the “insiders” to the “too sensitive” club to explain what I perceive to actually be happening here.

In my personal opinion, I see today’s society, specifically the “too sensitive” club, to be some of the most thoughtful, intelligent, and polite people. Sure, there are always the extremists – every group has them  – but when you take into consideration the “too sensitive” club as a whole, it’s actually filled with people who have extensive understanding of the difference between sympathy and empathy. Sympathy is when you feel bad for someone, i.e. you pity them, while empathy is taking the extra step to put yourself in someone’s shoes and to feel with them. Someone who is sympathetic to another person’s pain would pity their situation/feelings and move on, while someone who is empathetic takes action to resolve, help, or fix the situation/feelings.

When put into action, this may appear at first at being overly sensitive: you tell a gay joke, or a joke where the punchline resolves around race or gender, and you find yourself being scolded about tolerance. That’s not fun, I get it. I’ve told my fair share of jokes that did not receive the expected response. But the unamused person is not trying to come at you from a holier-than-thou perspective, determined to be the killjoy to your best lines. Rather, they remember the time their best friend came out to them in a near-panic state, terrified that their revelation would ruin yet another friendship, casting them further into lonely isolation. Or they remember the time that they read an article on the realities of assault on women, understanding for the first time what rape culture is and how innocent sounding jokes can normalize a culture of violence. Or, they personally have experienced the injustice of being blamed for a terrorist attack because of the way they dress, or have felt the icy shiver of fear while being pulled over because they know their skin color gives them a higher chance of not making it out of the encounter alive.

Sure, I get it. Your jokes and internet memes are JOKES and you’re really tired of every post bringing up some social justice rant and political sway. Can’t we just laugh and move on with our day?

Am I being too sensitive? I would say no. I would counter by saying that standing against insensitive jokes and statements is actually a show of strength. Yes, perhaps back in the “good ol’ days” people didn’t stand up to racist or sexist or what-have-you statements. You know why? They were afraid. Afraid of identifying with a certain group (“you must be gay if you’re offended by this!”), or afraid of the backlash (“Lighten up! Someone clearly needs to get laid!”), or just didn’t know how to do it. But today we are standing up, standing strong, stopping the verbal assault. Stopping the jokes that trigger the very real experience of PTSD. Stopping the jokes that normalize rape culture. Stopping any experience that pulls another human being down – because we know how it feels to be pulled down.

Let me boil it down to this: If you truly don’t care about hurting someone’s feelings or potentially triggering a flashback due to a traumatic event, or if you don’t care about normalizing violent or abusive culture that may encourage the very real threat of harm to another person, then by all means, continue telling your jokes. I will personally think less of you and will likely remove you from my social media feeds, but that is your right I suppose.

I mean, our whole internet culture is based upon memes that barely make any sense yet we still find absolutely hilarious, so you really can’t say we can’t take a joke. We just can’t take offensive jokes,  and that’s a huge difference. 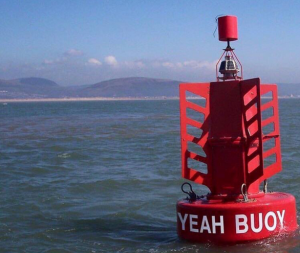 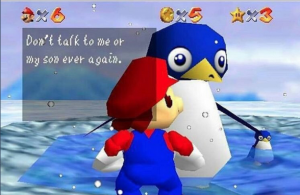 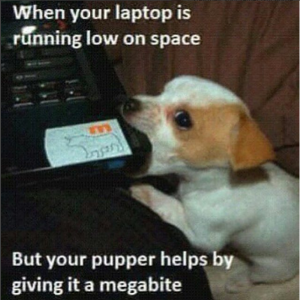 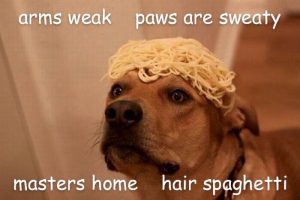