After the Death of My Son | Toby Weitzman 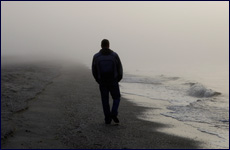 Some Do’s and Don’ts for those of you who have good intentions but don’t know where to put them.

When my kids were very young, toddlers, one of their favorite books was a book called Do’s and Don’ts. It was about right and wrong, good and bad, do and don’t do. Now in my 60’s, with the unthinkable loss of my child, I was introduced to a world that tested not only myself and what I believed to be true, but how the world around my tragedy experienced me. And I could only think of this book, Do’s and Don’ts.

Like so many others, I was unsure of the proper etiquette in how to share my condolences to parents who lost a child. Would I say the wrong thing? Would I sound shallow in the wake of such a horrific loss? How can I possibly express myself when I’ve not walked in their shoes? We have all experienced loss, but a parent who loses a child is another category indeed.

We’ve all heard the saying; “It’s not natural for a child to go before a parent,” which seems to tidy up the scope of emotion putting it in a neat little box, tucking it far away unconsciously , because you can’t relate to it, and are afraid you could relate to it.

Our beloved son, Jake, was a kind, gentle soul, but the havoc of schizophrenia that played in his head was just too much for him and at age 36, he took his own life. I’ve had ongoing support from my family, back to the bare basic necessities of “did you eat?” And making me eat, and sleep. And my best friends, who stayed on course with me for months, and still do. And those were some rocky times that could shake any friendship off, but no one got scared and ran away. They know who they are.

We who have lost a child still need to be part of this world. It’s a new world for us without our child, but nonetheless a world. We still need to be a parent if we’re lucky enough to have other children, work, shop, and at some point (and this differs for everyone) resume some of our old enjoyments such as reading, the movies, etc.

I want to offer some small suggestions to those of you who have good intentions but don’t know where to put them.

When you see us in the supermarket, you may think, She is really doing well, glad to see that. And to a small degree we are, because we got out of bed, got showered, dressed and drove to our destination. But what you don’t see are the tears before we got to the market, or the tears in the market because the cereal aisle was our son’s favorite cereal, or that we couldn’t wait to get back inside our car where it’s safe, and we can drive and drive and sob and scream.

We have no broken legs or loss of hair to show we are in pain. And sometimes when we speak to a stranger, we are having another conversation in our head thinking, this person has no idea that I am only partly in this world and partly with my child in his or her world. And how could they? I know I didn’t, even though I consider myself a caring and compassionate person.

About nine days after my son’s funeral a friend called to give me advice. Get out there and go see a good movie. This might be worthwhile advice, and I use the word “might” gingerly, had it been my dog and not my son who died. (I know, I had to close my mouth too.)

It was about three months after that I ventured out to a restaurant that many in the community frequented. I was with my family and as soon as I walked in knew it was a mistake. I stayed just trying to get through it. A few minutes later acquaintances from many years back came in and sat next to us. (They were aware of what happened.)

We said our cheery hellos, and after the meal the woman came over to our table and had this Cheshire grin on her face, addressing my other two boys and commenting how they’ve grown!

Then silence. I think we were all stunned there was no mention of my son, their brother. But I know she didn’t know what to say.

So what DO you say? Several things. You can say, “I’m so sorry….”, or “I don’t know what to say,” or a squeeze of the hand, a look in the eye while you touch their arm, or, as several others have done, say nothing. They just came up and hugged me for a few minutes, saying nothing, because it was all in the touch, the squeeze, the look.

I gained a deeper appreciation of the Jewish customs involved with sitting shiva. Jewish tradition eschews the socializing and eating that tends to happen in some homes. Instead family and friends come into the person’s home and just sit with them. You are not to speak until they speak because it is all about them, and if they just want to sit quietly, that’s what’s needed. To me, this is a beautiful tradition because after all, there are really no words.