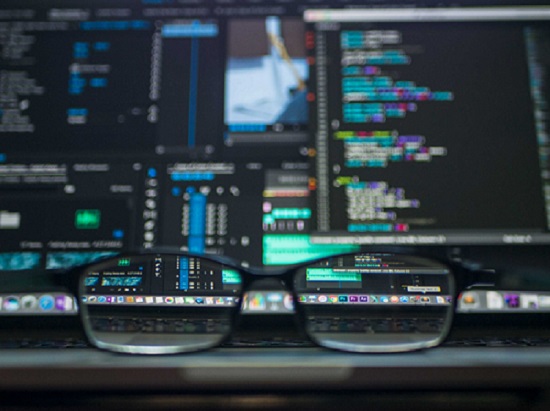 According to a Markets and Markets research report, the psychological well-being software market may reach $2.31 billion by 2022, growing at a rate of 14.8 percent annually.

This translates to thousands of jobs for software engineers, who will need to design the apps being used by millions of people for their mental health.

Another key player in this ever-expanding industry is the data scientist. Many mental health apps are capable of gathering data – of utilizing artificial intelligence and machine learning. This large database allows the apps to better treat patients, as well as allowing researchers to better understand mental health issues and how to treat them.

Let’s take a closer look at how tech is transforming the mental health industry.

Finding discreet, flexible and affordable mental health services can be an obstacle for many people in need of support.

Traditional mental health care sometimes fails to check these three boxes, part of the reason why the World Health Organization estimates about two-thirds of those living with a mental disorder never seek help from a health professional.

Software engineers have already created at least 10,000 mental health apps, allowing treatment to take place anytime and anywhere; users also do not need to involve any other people when deciding to seek treatment; and some of these apps are free to use. This all means those who have avoided mental health treatment in the past may be more likely to seek help with the use of apps.

Some mental health treatment apps make the most of available artificial intelligence and machine learning technologies.

For example, the Mindstrong app analyzes how users type or scroll on their phones to identify mood states. Using machine learning, it can then detect potential mental health patterns.

Other apps are being developed that can make use of smartphone sensors to collect information on a user’s behavior patterns. These apps can detect a change in behavior and provide a signal that the user may be in need of help to either their psychiatrist or family members.

There’s a lot of effort going into the development of these types of apps, referred to as Passive Symptom Tracking apps. In the future, these apps may be able to determine a user’s state of mind using all the data collected through their smartphone sensors.

Other uses of artificial intelligence and machine learning within mental health apps are in the form of chatbots capable of holding conversionations with users to ensure their well-being.

For example, Woebot is an AI-enabled “robot friend” who engages users via sympathetic or uplifting conversations. The digital therapist is in 120 countries, and nearly one million people are currently interacting with it to boost their well-being.

Virtual reality has been used for some time now to treat Post Traumatic Stress Disorders in soldiers by allowing them to revisit the battlefield through a headset as a form of exposure therapy.

This same tactic is now being applied in hundreds of mobile applications designed by software engineers, a career you enter after attending a coding bootcamp.

Some examples of such software include Oxford VR, which takes a couple hours per treatment. Using this software, patients in the United Kingdom suffering from a fear of heights can enter immersive virtual therapy to overcome their fears.

Limbix’s medical-grade VR headset includes a library with many exposure therapy scenarios, including ones for claustrophobia, agoraphobia or fear of public speaking. Each therapy can be customized, meaning exposure can be gradually increased to aid patients.

Psious is another example and this application allows a therapist to see what the patient is seeing in the virtual reality. While observing the patient’s experience, the therapist is fed real-time data of the patient’s biofeedback, allowing him or her to adjust the simulation in accordance with the patient’s stress levels.

Beyond virtual reality headsets, the market is now opening for other wearables to treat mental health disorders.

For example, Sentio Solutions has developed an emotion-sensing wristband. The wearable technology features integrated biosensors which monitor the physiological signals of users throughout the day. Paired with its cognitive-behavioral therapy app, it helps those suffering from anxiety and depression.

Another wearable wristband being developed is the TouchPoint. This device actually features two wrist bands that are placed on the user’s wrists either in the morning or at night to induce calm.

Those suffering from anxiety face barriers to access conventional mental health treatment as  therapy is expensive and time consuming. Medication, meanwhile, often comes with side effects and stigma.

In contrast, gamified mental health apps are cheaper, anonymous and more engaging, meaning users will stay on track in terms of their treatment.

One of the most popular is SuperBetter, which gamifies mental health upkeep. Players earn points by overcoming stressful situations, completing breathing exercises and breaking bad habits.

SuperBetter is by no means the only option. There has been a spike in mental health gaming apps in the past few years; to name a few, there’s Mind Ease, Calm, Personal Zen, Happify and Headspace.

Mental health apps will continue to evolve in the years ahead, creating a cultural shift in the way people approach the treatment of mental disorders.

In the coming years, patients may ease away from in-person visits altogether, relying on teleconferencing at first and then artificial intelligence to treat their needs. It may also become common to wear mental health tech, such as a bracelet that will inform the user of an oncoming panic attack.

Most mental health interventions result in best outcomes if the patient is engaged and stays on track. Mental health apps are more likely to ensure this happens.

Software engineers with the skills to make these apps easy to use will need to work with clinicians to ensure the software provides effective treatment options. With that combo, mental health apps will continue leading the charge to ensure the well-being of those in need.