The Burden of Using Suicide as a Solution | Jeremy Lopus 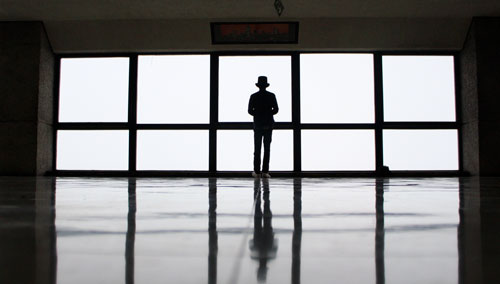 There’s a saying that God will not give you burdens too big for your shoulders. That the pressures and troubles you face during your life will not be bigger than you can bear. I don’t know that I believe this; it smacks too much of fate or predestination. But what is true is that sometimes we face things that can’t be handled by one person alone, and that facing them without help is a mistake. Asking for help is always a mark of strength and a good idea, whether you simply need the answer to a question or want a shoulder to lean on or sympathetic ear without any words spoken.

I work with children who are working through a variety of difficult challenges: developmental disorders, a traumatic home life, or mental health issues. Something that is depressingly common is the desire or impulse towards self-harm or suicidal ideation. That’s not to say that ideas of suicide are an indication of these types of problems, simply that these pressures can bring on this thinking. More alarming is when suicide is seen as a solution or relief for their particular anxieties without considering the wider damage that ending their life could cause.

One young man I’ve been talking to (let’s call him Pete) expressed to me recently that if his younger brother died he would kill himself in order to be with his sibling again. He saw no issues with this plan-it was the easiest way to reunite him with someone he cared about and hadn’t seen in quite a while. I sat down with Pete and tried to dissuade him from this idea by asking him about his relationship with his brother.

Did he love his little brother? Pete said yes, of course he did, that was why he would kill himself. Did he think his brother loved him? Again, the answer was yes, in the very typical “you’re an idiot” tone common to all teenagers. So far we had only touched on the outer edges of his concern. Next I asked him if he realized that his brother might not be happy if Pete hurt himself. This was something that the young man had not considered. I asked Pete if he was a Christian, and he again answered in the affirmative. “So since you clearly love your brother, and he loves you, do you think he would be happy if you met after you were both dead and he asked you how you died? Don’t you think he would want you to live and have a full lifetime before you met him again, so you could tell him everything you had seen and done? You get to talk to him on the phone, but imagine if you had years of experiences and stories for him?” Pete seemed taken aback by this idea, but he also promised to think about what he’d discussed and to talk to staff or a trustworthy peer. That he wouldn’t try to handle this problem on his own.

Pete has several burdens to bear; he suffers from violent outbursts, has difficulty dealing with negative peers, and occasional hallucinations, among others. His life for the foreseeable future is going to be very difficult. And yet, he promised to try and work on his troubles. That he would reach out for the help he knows is close at hand if he needs it. He understands that sometimes our shoulders are not broad enough, that sometimes the weight is too much for one person to bear. Our problems can seem insurmountable from the inside, and our pressure too much to handle on our own. Sheena Iyengar, a blind woman who became a prestigious thinker in business management, said it best: “Life hands us a lot of hard choices, and other people can help us more than we might realize. We often think we should make important decisions using just our own internal resources. What are the pros and cons? What does my gut tell me? But often we have friends and family who know us in ways we don’t know ourselves.” Asking for help can seem like weakness, that we’re admitting defeat and sharing a shameful secret. The reverse is true: revealing our pain and wounds can only help them to heal if we reach out to the people who love and care about us. At the expense of sounding trite: life is a team effort.