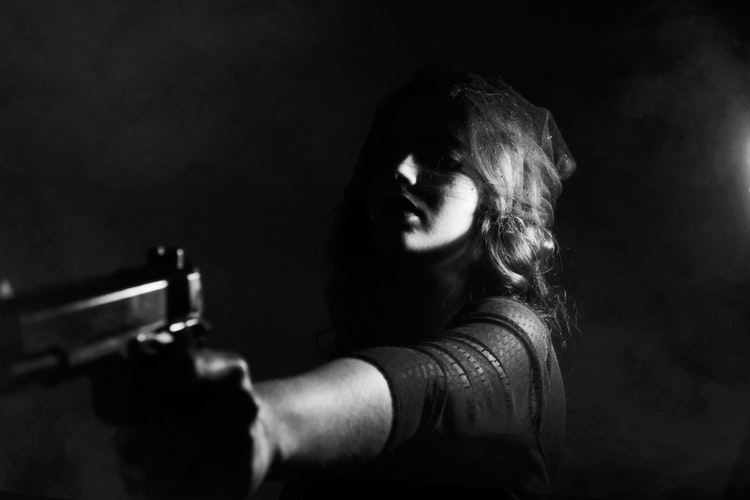 Today’s culture is unfortunately fraught with hostility. It has become the norm to see mass violence in our everyday news. I find myself increasingly sighing with disappointment in the face of yet another mass shooting, rather than the horrified gut-wrenching reaction I should have, because it’s become so common.

Hot debates surrounding the solution to a complex problem abound on all sides, and with such a heated debate comes a slew of facts, figures, and statistics that are difficult to sort. The opinions of professionals seem to contradict each other.

So while I’m not a statistician nor a researcher, I’ll do my best to break down the gist of the violence problem in terms of mental illness to try to answer the simple question: is mental illness responsible for acts of violence?

First of all, there is a very important phrase that comes with statistics. Correlation does not equal causation. What that means is that just because two things appear to be related does not necessarily mean one causes the other. For example, the number people who drowned by falling into a swimming-pool correlates with the number of films Nicolas Cage has appeared in and that the per capita consumption of mozzarella cheese correlates with the amount of civil engineering doctorates awarded. Does that mean that Nicolas Cage is somehow responsible for the deaths of those who drowned in pools, or that people who love mozzarella cheese are more likely to be a civil engineering doctorate recipient? No, it just means that by chance these numbers tend to correlate. There is no actual meaningful data to show that one causes the other.

Meaningful data is also a loose term. This is basically the idea that for X to cause Y, there needs to be a decent amount of proof based on the study. So, if you give 100 people aspirin and ask if their headache went away, and only 2 people said yes, then that means only 2% achieved a noticeable effect, so you could conclude that aspirin does not work for headaches. This is of course very simplistic and actual research studies are much more intense than this – but the point is, what is considered meaningful or significant varies based on the study, the number of participants, the time, etc.

So, here’s the two facts that seem to contradict each other:

Both of the above statements are true, but how?

It’s how we break it down statistically.

Let’s say we have a pie graph that represents 100% of people in the United States that have a mental illness. That’s everyone – those who have mild depression or anxiety, those with eating disorders, those with schizophrenia, everyone. That’s a ton of people. That’s nearly 1 in 4 Americans, actually.

Of those with a mental illness, 66% (2/3rds) will, at some point in their lives, receive treatment and recover, whether that means a full remission of all symptoms or by daily management that allows that person to live, laugh, work, and enjoy their life to the fullest.

The remaining 33% is thus made up of individuals who either did not receive any treatment or received treatment that did not work. For example, Bipolar Disorder is often misdiagnosed as Depression in the early stages. Some people respond better to talk therapy, some to medicine, some to supplements. A very large number of that 33% also will not receive treatment for a slew of different reasons, such as no access to health services, inability to afford services, or not even knowing that they are sick (a phenomenon called anosognosia.)

This remaining 33% still includes people with mild illnesses, so a large chunk of this (roughly 25% of original 100%) will actually just cope with their illness without ever receiving treatment, or the symptoms are mild enough that they can actually recover on their own. That leaves approximately 8% remaining.

This remaining 8% includes people with a mental illness who have not received any treatment or the correct treatment and are considered “seriously mentally ill” – so not mild illness. The serious mental illnesses are things like schizophrenia, delusions, hallucinations, and violent thoughts/tendencies.

OF THAT 8%, most of the individuals in this category are more likely to hurt themselves then anyone else.

That leaves roughly 1% remaining that fit all the following criteria:

When someone is in that 1% category, there is a very high chance that they will commit a violent crime such as a murder, murder/suicide, bombing, stabbing, mass shooting, etc.

It is important to understand this. We must recognize that the vast majority of individuals with a mental illness or mental health problem are not necessarily going to go out and commit crimes. We cannot equate people with mild or even severe anxiety or depression with the people who shoot up schools or bomb movie theatres, they are not on the same level.

The danger in the broad statement that “mental illness causes violence” is that by lumping people with common illnesses into the category of violent perpetrators, we are making it harder for people who need help to step forward. We’re adding fuel to the fire to discriminate against individuals with mental health problems.

But we also cannot ignore the fact that people who DO commit these violent acts are very likely to be suffering from a mental illness.

Does mental illness cause violence? No.

Do people who commit acts of violence have a mental illness? Most likely, yes.

These two statements are true even though, on the surface, they can sound contradictory.

The solution to the violence problem is complex and varied, and I certainly do not have the answer. Investing in mental health services is one piece of the puzzle that is important, but it’s not the full answer.

We must be willing to acknowledge the facts in a way that doesn’t add more barriers to treatment than already exist.